Written by Yelixa Castro on November 10, 2016. Posted in Victor Rodriguez Mr. Víctor Rodríguez is a Lecturer and Interim Coordinator of General Counseling at Bronx Community College (BCC) of the City University of New York. He has over 25 years of counseling, advising and teaching experience at BCC as well as the City College of New York (CCNY).  Over the years, he has taught psychology and freshman orientation courses. He has a Master’s degree in psychology from CCNY and a Master’s degree in Social Work from Lehman College (CUNY). In addition, he has a license to practice Social Work in New York State. He enjoys counseling and teaching where he incorporates the use of technology to motivate students both in and outside of the classroom.

A product of CUNY as well as the SEEK program (Search for Education and Knowledge), Mr. Rodriguez understands the challenges many inner-city students face today. It is not unlike his own experience growing up in the Lower East Side of Manhattan within a community that was plagued by drug addiction and violence. One of eight children born to Puerto Rican immigrants, Mr. Rodriguez was raised to value education, religion and hard work. Years later, he has the honor of sharing his knowledge and experience with students facing similar challenges. True to his Latino roots, Mr. Rodriguez is an active member of the Association for Latino Faculty and Staff at Bronx Community College, a member of El Centro: the Center for Puerto Rican Studies at Hunter College and a member of El Taller Puertorriqueno in Philadelphia.  He is also an active member of the National Association of Social Workers (NASW) and the American Psychological Association (APA).

Written by Yelixa Castro on November 10, 2016. Posted in Cynthia Suarez-Espinal Mrs. Cynthia Suárez-Espinal has worked in higher education in various capacities for over 15 years, and has brought a wealth of creativity, imagination, and innovation to the profession, as an educator, manager, and leader.  Mrs. Suárez-Espinal is a Bronx native who attended St. Bonaventure University in upstate New York where she received her Bachelor’s Degree in Psychology and a Master of Science Degree in Counseling Education.  Following her passion to help students and as a HEOP alumna, Mrs. Suarez-Espinal became a Counselor and shortly thereafter, Associate Director/Adviser for the Higher Education Opportunity Program at Barnard College for eight years.

In 2007, Mrs. Suárez-Espinal became the College Discovery Coordinator of Academic Support Services at Bronx Community College (BCC).  Shortly thereafter in 2011, she became the Director for the College Discovery Program.  She serves as the co-chair for the Council of SEEK/CD Directors for the CUNY Office of Special Programs.  She is a founding member of the Gamma Rho Chapter of the Chi Alpha Epsilon National Honor Society at BCC.  Mrs. Suarez-Espinal resides in the Bronx with her husband and two daughters.

Elsa Pinto López is an Associate Professor at the Nutrition and Dietetics Program at the University of Puerto Rico for the past seven years where she teaches research methods in nutrition. She received funding by the USDA to implement the program Nutrition Live that allowed students to register in specific nutrition and dietetics courses in distance education format. She is a Registered Dietitian and active member of the Academy of Nutrition and Dietetics where she has served as delegate for Puerto Rico. Dr. Baez is an Associate Professor and Director of the Social Work Latino Student Initiative, and Project Director of the HRSA Scholarships for Disadvantaged students at Touro College Graduate School of Social Work. She has been a clinical social worker for more than thirty years providing trauma informed mental health services to individual, groups and families in such agencies as the Madeline Borg clinic of the Jewish Board of Family and Children’s Services in the Bronx, and the Hispanic Clinic at Columbia Presbyterian Hospital, to name a few. She was formerly the Director of the Diagnostic Center at Julia Dyckman Andrus Memorial, a diagnostic residential center for traumatized children and their families.

Dr. Baez has also worked clinically and administratively at City University of New York as a Director of the Counseling Center at Lehman College and at Bronx Community College as the Associate Dean of Student Support Services and Interim Director of the Psychological Services.  At Lehman College, she created an innovative trauma informed, multi-theoretical counseling center to meet the unique mental health needs of students. She obtained various grants to create and implement such programs as Depression Screening online, and a Safe Zone training for LGBT youth, as well as groups, workshops for awareness in such areas as depression, anxiety, trauma, sexual assault, domestic violence and suicide prevention. To promote resilience, she created the Art4Wellness program, which integrated mindfulness meditation, dream work and expressive arts, as well as a stress-counseling program to increase self-care. Dr. Lilliam Martínez has a doctorate in Educational Leadership from the Universidad del Turabo, and a M.A. in Business Education from Interamerican University of Puerto Rico. She is currently the Project Director (PD) of a Title V STEM+H Grant at the Universidad del Turabo (UT) and professor at Colegio Universitario de San Juan.  Dr. Martínez was the director of the Academic Support Center at UT and also been the PD for the Women’s Health and Wellness Program and the Activity Director and Project Manager for a Title V Project related to Faculty Development and Training in Instructional Technology (2005-2010) at the UT Yabucoa additional location. She has vast experience as an academic and student support program coordinator, development of instructional modules, curriculum development, and is certified in adult learning, as well. Dra. Aida R. Ocasio has more than 10 years of experience in the Office Systems Department of the University of Puerto Rico in Aguadilla. She holds a Doctorate in Education in Curriculum and Teaching. Has developed a model of evaluation of distance learning courses.

The vision is to provide creative solutions to address persistence and retention. The purpose of this study was to determine the impact of the College Discovery Program (CD) on retention for of high risk, low income, and first year students at Bronx Community College. The study was a quantitative study of 281 freshmen students enrolled from the Fall of 2012 to the Fall of 2013. The College Student Inventory (CSI) of the Noel Levitz Retention System was used to collect data on student’s self-reported academic, personal and social experiences in three categories: Academic Motivation, General Coping Skills and Receptivity to Support Services. There were two major findings:  The retention rate for Persisters, i.e., students who enrolled in the Fall semester and returned in the Spring semester, was 70.7% and  29.3% for Non-Persisters. The second important finding was the predictive power of the Overall Risk Index of the CSI. The  Overall Risk Index significantly differentiated between  many of the variables, such as High School GPA, Current Grades, Academic Factors, Sociability, and Receptivity to Personal and Financial Counseling, etc. The conclusion reached is that  CD program and CSI were significant factors in improving retention for at-risk community college students.

Both implementation of best practices and appropriate technological applications can help bridge gaps that college students face on a daily basis. Highly successful peer tutoring and faculty training programs have been implemented in order to prepare students to thrive in an increasingly technological world, as well as prepare faculty members who will be able to help students master academic standards and skills. The creation of a web space for increasing the accessibility of academic support programs and an increased presence in social media platforms to engage students in an interactive format, as well as fine tuning the offerings and their availability, have reaped great benefits, making more robust existing academic support initiatives. Also, the establishment of a revamped Summer Faculty Immersion Program, which has proven highly effective in the School of Engineering (SOE), has been transformed and exported to other schools, providing additional tools for both regular and adjunct professors in STEM+H careers. This paper describes how outstanding initiatives from two different projects have allowed the growth of faculty training and academic support programs for a vast majority of students from the Universidad del Turabo (UT) and its five centers in Puerto Rico to increase retention and graduation rates. Sarah L. Hoiland is an Assistant Professor of Sociology in the Behavioral and Social Sciences Department at Hostos Community College, City University of New York (CUNY). She has spent five years conducting ethnographic research on motorcycle club subculture in New York City and in Florida. Currently, she’s the principal investigator of a research project on this subculture and is working on a book about the largest “outlaw” women’s motorcycle club in the United States. This research was funded by a PSC-CUNY grant in 2014-2015 and again in 2016-2017. Her pedagogical research interests include online learning assessment and student perceptions of their quantitative reasoning and quantitative literacy abilities. She has been teaching hybrid courses and service-learning courses since 2009. Kate Lyons is Head of Reference and the IT Librarian at the Hostos Community College Library (of The City University of New York). She is also a Faculty Liaison to the Department of Educational Technology. Kate Lyons holds an MS in Management from New York University’s Wagner Graduate School of Public Service, an MS in Library and Information Science from the University of Illinois at Urbana-Champaign, and a BA in English from Grinnell College.

Dr. Kristopher Burrell is an Assistant Professor of History at Hostos Community College. He earned his doctoral degree in US History from the City University of New York-Graduate Center. His research interests include online learning assessment, in addition to 20th Century US and African American history. He has been teaching hybrid and asynchronous courses since 2014. 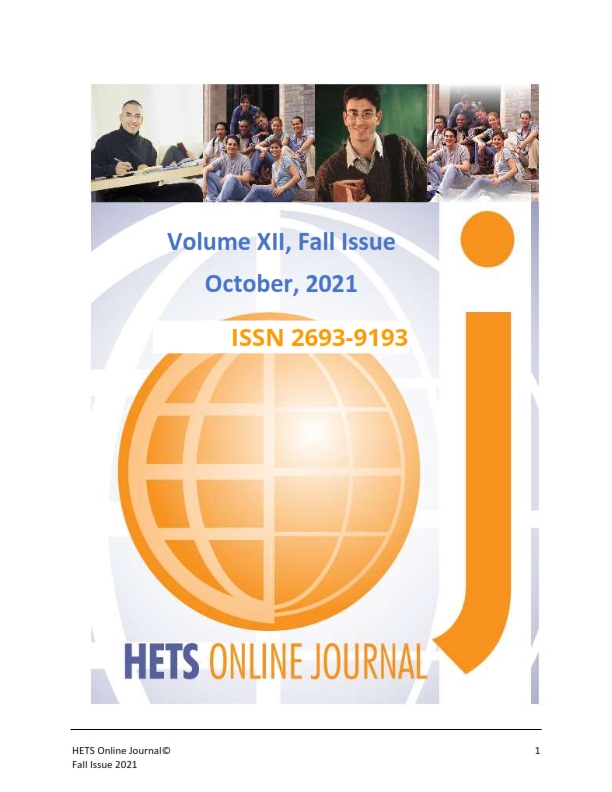