Thousands of international students in the U.S. relief of being deported

The Hispanic Educational Technology Services (HETS), committed to expanding educational opportunities and higher education for the Hispanic community, is pleased to learn about the decision that brings relief to thousands of international students who had been at risk of being deported. More than 1,000,000 international students enroll in the U.S. institutions, based on the 2018-19 academic year data from the Institute of International Education. Hispanic students represent almost 7% of this amount precede by Asia with 70%, Europe and, Middle East/North Africa with 8% each.

“As Chairman of an organization focuses on Hispanics that helps with the integration of technology in education; we praise the legal effort of hundreds of universities to defend international students forced to transfer or leave the country if their schools held classes entirely online because of the coronavirus pandemic” commented by Dr. Carlos Morales, HETS Chair. Under this policy, international students would have been forbidden from taking all their courses online this fall. Besides, new visas would not have been issued to students at schools planning to provide all classes online due to the pandemic. Students already in the US would have faced deportation if they didn’t transfer schools or leave the country voluntarily. “We were proud to stand with our partners in the Hispanic community and sister institutions to challenge ICE’s unconscionable regulations,” said HETS Officer and University at Albany President Havidán Rodríguez. “Clearly, our united voice helped to turn the tide on these unjust rules, which would have brought untold harm to our international students.”

It is a fact that all colleges and universities were forced to move all their classes online to ensure the safety and health of their students, faculty, and administrators. This commitment was reflected in this historical moment, where for the first time, so many institutions seek a legal remedy to protect international students. On this line, HETS officer, Dr. Carlos Vargas-Aburto, President of Southeast Missouri State University comment that: We are thankful to the federal government for having rescinded the initial directive.  This has been a welcome news by both institutions of higher education and international students. Likewise, HETS Regional Representative, Dr. Tomás Morales, President of California State University San Bernardino emphasized that: “This is a reprieve for the over 1 million international students who study in the U.S.  We know that these members of our student body enrich the academic experience and campus life by their presence.”

HETS Board of Directors appoints first members of its Advisory Committee.

During its Summer Board Meeting, HETS officers unanimously approved the inception of a HETS Advisory Committee. The members of this Advisory Committee are nominated as a recognition of their proven support to HETS as a former Board member and Officer. The eligibility to be appointed for the Advisory Board, was based on the period they have served with distinction for five or more years in the Board of Directors. The Executive Committee identified and recommended candidates for the first inductees positions. HETS proudly welcomes and presents the members of this exclusive committee of distinguished professionals, as follows:

The main role of the excel nominees is to provide non-binding strategic advice to the HETS Consortium, through their active participation in Board of Directors meetings. The term of service on this Advisory Board shall be of two years, with the option of serving multiple terms. 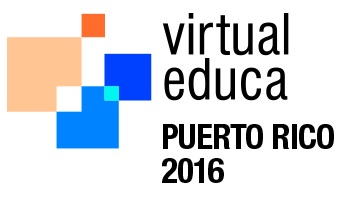 Written by HETS Admin on June 16, 2020. Posted in Reference Post

As a result of the crisis caused by Covid-19, HETS as part of its focus and mission, has been providing special support to member institutions in PR, USA and Latin America. To this end, webinars and virtual events have been coordinated, free of charge, through Blackboard Collaborate or other online platforms such as: Zoom, on topics related to the integration of technology in education .

Virtual Event- President’s Panel: Institutional Experiences and Protocols during the covid-19 pandemic and the future of Higher Education (watch here the recording) 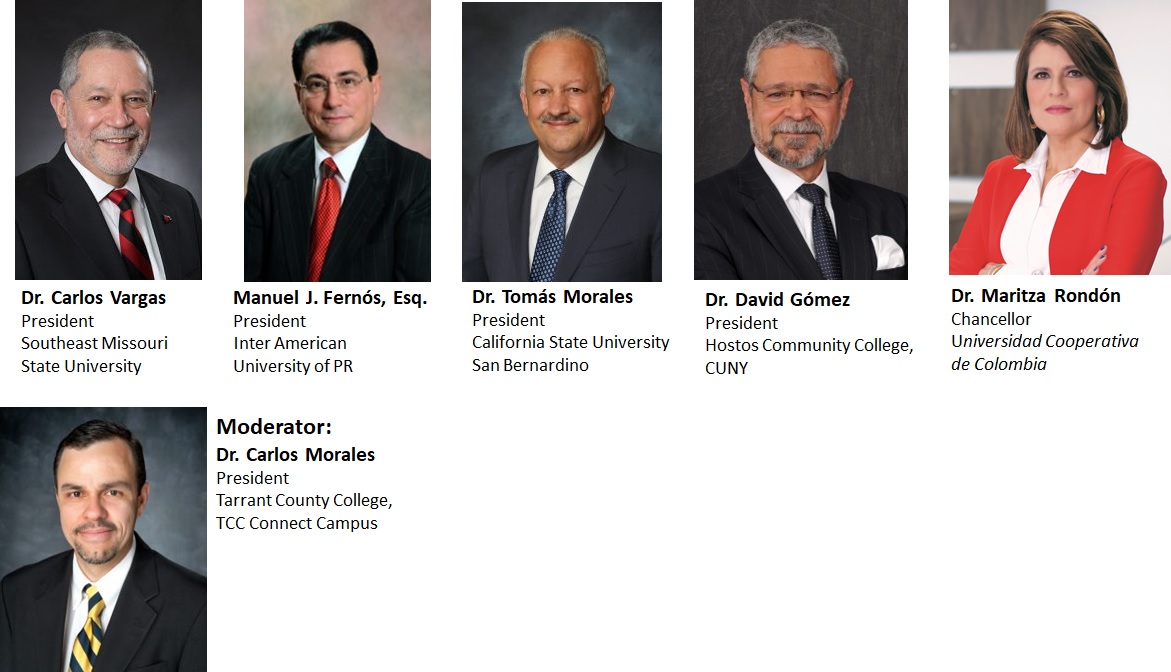 This virtual event held on June 26, 2020, was a panel of Presidents from different member institutions in Puerto Rico, United States of America, and Latin America, moderated by President Carlos Morales. These Presidents shared their expertise and lessons learned during the COVID-19 pandemic and what they think will be the future of Higher Education. The panel included representation of presidents from a community college, a 4-year college public and private and one International institution of learning about their vision based on their academic community and student population. The moderator, Dr. Carlos Morales, guided the discussion and the Q & A session with participants.

To obtain a certificate of participation: it must be requested by email to info@hets.org within seven days after the event. Please include on your petition email your full name, the date, and the title of the webinar. Certificates will only be sent to those who meet these requirements

Written by HETS Admin on August 15, 2018. Posted in Reference Post

HETS By Laws established under its ARTICLE VII, the institution of a Retired Members Advisory Board.
The Board of Directors may appoint an Advisory Board which would provide non-binding strategic advise to the Consortium. Its members may be nominated and invited to participate with voice but no vote in Board of Directors meetings. Individuals that have served with distinction for five or more years in

the Board of Directors are eligible to be appointed in this exceptional Advisory Board. The term of service shall be of two years. Advisory Board members may serve multiple terms. During 2018 Summer Board Meeting at Bronx Community College, HETS officers unanimously approved the candidates for the first inductees positions. HETS proudly welcomes and presents the members of this exclusive committee of distinguished professionals as follows (to read a brief bio click on each name):

The main role of the excel nominees is to provide non-binding strategic advice to the HETS Consortium, through their active participation in Board of Directors meetings. The term of service on this Advisory Board shall be of two years, with the option of serving multiple terms.

Written by Yelixa Castro on January 25, 2016. Posted in Members Jobs

As part of HETS services to our member institutions and partners, we have create this space to showcase job opportunities and internships available. To post your information, just send the content to info@hes.org.  We will send periodical emails to our databases with more than 10,000 contacts to inform about those opportunities. If you need any additional information, do not hesitate to contact us  anytime.  We are looking forward to continue serving you!

Job Opportunity📣 The School of Medicine San Juan Bautista is looking for a Technical Support Specialist.