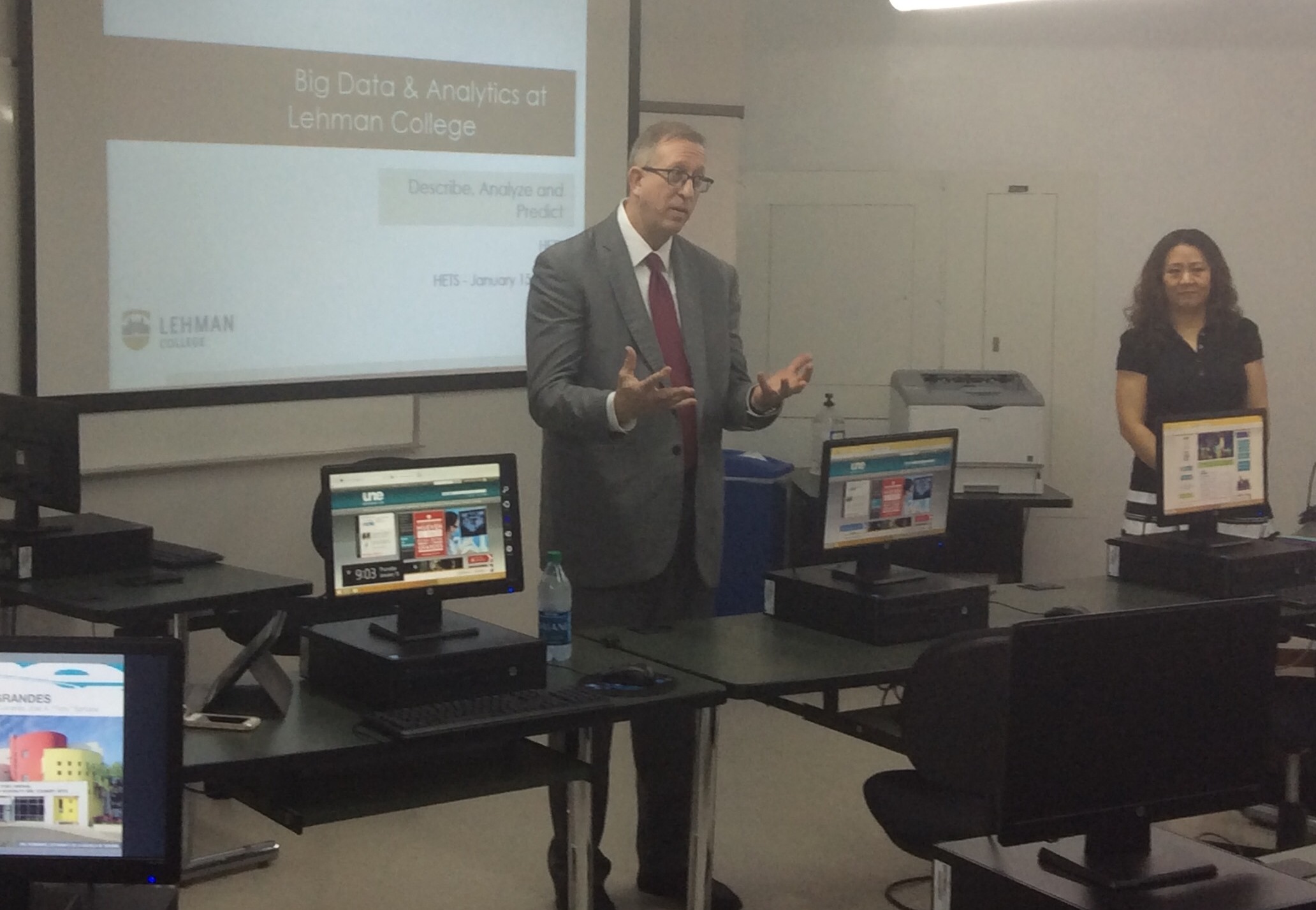 Concurrent with its winter Board meeting, on January 15, HETS celebrated the Lehman College Dashboard Tool event hosted by Universidad del Este, AGMUS. The main purpose of the event was to share Lehman College’s best practices in specific operational and educational areas and test the system live with a real time response. This tool was developed in house by the institution Information Technology department in order to better analyze student data and serve them effectively and maximizing administrative performance.

HETS would like to thank the IT department of the Universidad del Este, AGMUS and its team for the use of its computer laboratory, at the Escuela de Hospitalidad y Artes Culinarias José A. “Tony” Santana, to perform the testing of the dashboard tool and the recording of this event.