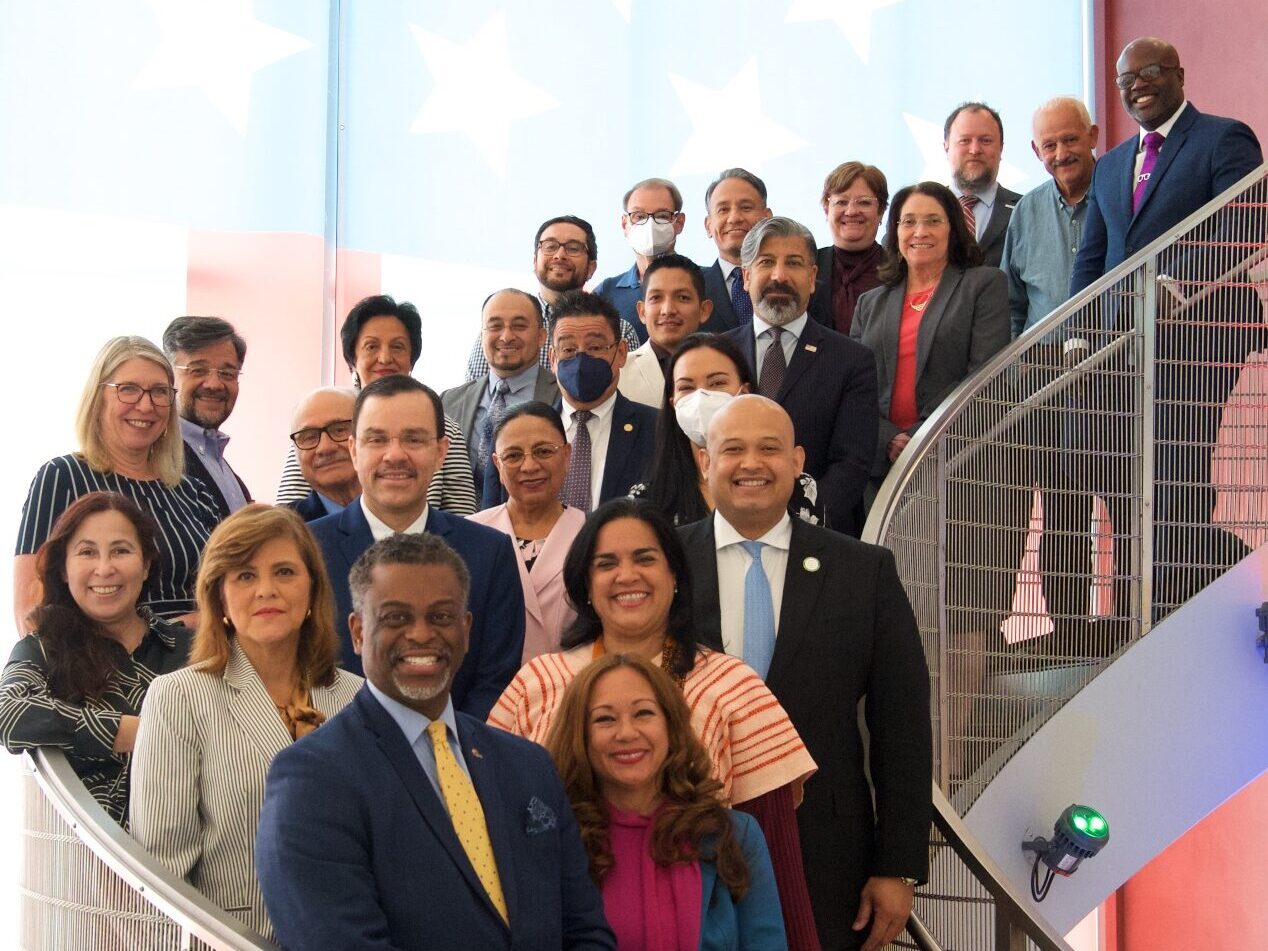 Last June 23rd and 24th, the Hispanic Educational Technology Services Consortium (HETS) celebrated its Board of Directors summer meeting, hosted by Dr. Anthony Munroe, President of Borough of Manhattan Community College. More than 40 of HETS member institutions were represented at the meeting, both in-person and virtually, along with its new members: Lehman College from New York, former founding institution rejoining HETS, and the Instituto Tecnológico Rumiñahui from Ecuador; corporate members, Anthology, InQmatic, CampusCare and uPlanner; and partner, the National Aeronautics and Space Administration (NASA).

During the two-day event, HETS also held a special event featuring book author, professor, and recipient of many academic accolades from Canadian organizations, Dr. Martha Cleveland-Innes from Athabasca University in Canada. Her presentation Higher Education Change in Teaching and Learning and the Role of Digital Communities of Inquiry reached faculty, administrators and the academic community from Puerto Rico, the United States and Latin America (recording of this presentation is now available through HETS website).

HETS Board also announced that they will be kicking off their 30-year anniversary celebration starting in the fall semester of 2022-2023, and will conclude with its Best Practices Showcase Special Anniversary Edition and the Board of Directors winter meeting to be hold in Puerto Rico at Ana G. Méndez University, Carolina Campus, on February 2nd and 3rd of 2023.

HETS would like to express its deepest gratitude to President Munroe and the entire BMCC Staff for their hospitality and warm welcome to its campus.

For more information about HETS and how you can join or support its work benefiting students, faculty and administrators, visit hets.org, follow HETS on social media (@hetsorg) or send an e-mail to info@hets.org.