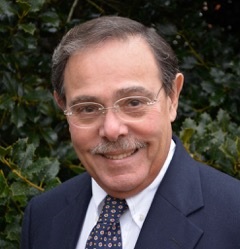 Three times a graduate of New York University, Dr. Martí holds the Bachelor of Arts, Master of Science, and Ph.D. degrees in biology from the institution.  He is the recipient of the Founders Day Award from New York University and was chosen as the recipient of the New York University Alumni Association’s Distinguished Alumnus Award in November 2007.   In October 2008, the New York Post honored Dr. Marti with their Liberty Medal Award as a champion of human rights.  He was previously named to the Honor Roll of the Phi Theta Kappa, the international honor society for two-year colleges. As the recipient of a Fulbright-Hays Seminars Abroad award, he spent June 2004 traveling in China with leaders of minority serving institutions. Dr. Martí was inducted, as one of the first members to the HETS Advisory Committee on July 2018.