Dr. Ángel A. Toledo-López completed his Ph.D. in Political Science at Penn State University where he majored in American Politics, Research Methodology, and Comparative Politics. While completing his graduated career, he also attended the Institute of Survey Research at the University of Michigan, Ann Arbor. After completing his Ph.D., Dr. Toledo-López pursued a law degree from the University of Puerto Rico School of Law and obtained his Juris Doctor in 2006. He worked both as full time professor at the former Universidad del Este, today UAGM-Carolina, and a litigating attorney until he relocated to Washington D.C. where he was appointed Academic Director of Ana G. Méndez’s Capital Area Campus. While implementing the Discipline-Based Dual Language Immersion Model in UAGM’s branch campuses, he completed a Master’s Degree in Curriculum and Learning with specialization in Bilingual Education and TESOL. Dr. Toledo-López has held both academic and administrative positions in higher education and is currently the Chancellor at UAGM-Cupey Campus. 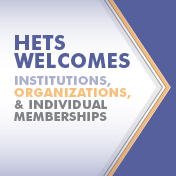