Board Members celebrated its Winter Meeting along with the 2018 Best Practices Showcase in San Juan, PR. 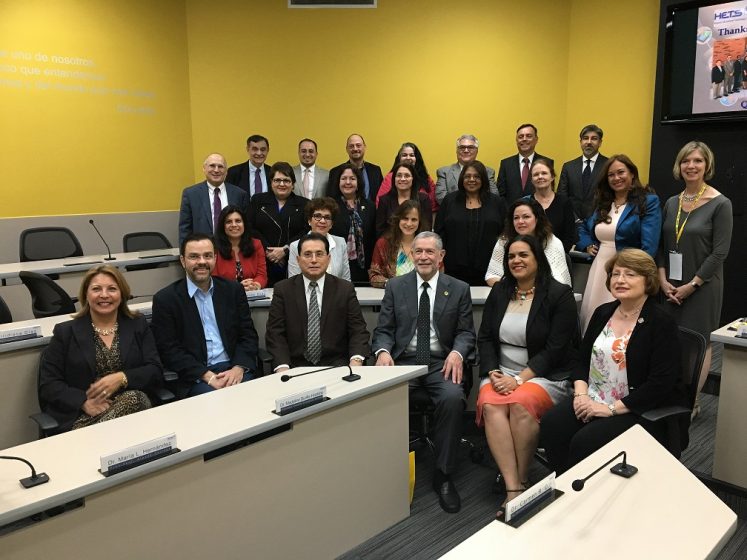 HETS Board Members had their winter meeting in San Juan, PR at the UIPR, Metro Campus.

The HETS Board of Directors winter session was successfully celebrated in San Juan, PR concurrent with the 2018 Best Practices Showcase. Representatives of more than 25 member institutions from Puerto Rico, New York, Texas, Missouri, Connecticut, Massachusetts, and California were present at the meeting and agreed on the priority activities for the next semester. These events were held and hosted by the Metropolitan Campus of the Inter American University of Puerto Rico, in San Juan.

The first session of the Board meeting took place on Thursday February 1st, 2018. During the first session, HETS Executive Director, Ms. Yubelkys Montalvo presented the organization’s status report and efforts to continue with planned activities and services despite the difficult circumstances and Hurricane María aftermath. Among the exiting news shared with the Board of Directors, one was the fact that seven new members join HETS. 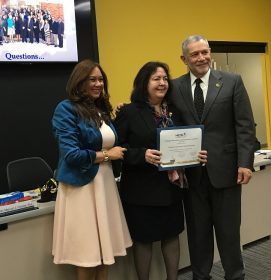 Two of them, Eastern Connecticut State University and Houston Community College, were present and welcomed as new institutional members. Some of the efforts reported for the first half of this academic year, includes the continuation of tailored online workshop offerings, additional tools and services added to the HETS Virtual Plaza, Online Resources, and strategic alliances. In addition, members of HETS Student Committee and HETS Student Affairs consultant had the opportunity to present the results of the 2017 Student Leadership Showcase event. Also, a representative group of HETS Ambassador Students were introduced to the Board

HETS Ambassador exposed to Board Members the project’s scope and purpose.

Members and were invited to made a brief presentation and share their experiences.

Besides allowing the discussion of the key accomplishments of the organization during the first half of the 2017-2018 academic year, this meeting was crucial in the open discussion of the progress on the approved Strategic Plan of the organization from 2018 through 2020 that focus on Access, Retention and successful Completion, and Online Learning / Technology Integration. The Board also selected its Nomination Committee as elections for new officers’ approaches on June’s meeting.

A second Board session was held on February 2nd, to discuss initiatives and future plans between HETS Board members and its Corporate Partners. Board members also had the chance to network and exchange thoughts with representatives from corporate members, who participated in the corporate session. Also QS and Intelligence Unit, and Completion College Consortium were invited to present and explore possible ways to collaborate as corporate partners.

During the winter meeting, the HETS Annual Report was shared and distributed among Board Members and special guests attending this important gathering. Click here to access the PDF version of the HETS Annual Report for 2016-17 for your information and review. We look forward to continuing strengthening HETS initiatives this year to foster a greater collaboration among all of our members, affiliates and widen our partnerships with other organizations. For more information about HETS projects, please contact the HETS office at 787-250-1912 exts. 2372, 2373, or send an email to: info@hets.org.

We're delighted to invite you to our next webinar in English for faculty about finding what works for synchronous class meetings, by @stellacsporto, Learning Specialist at the @the_IDB. The webinar is free of charge, just need to register here🔗: https://hets.org/webinars-in-english/

We're delighted to invite you to our next webinar in English for faculty about finding what works for synchronous class meetings, by @stellacsporto, Learning Specialist at @the_IDB.

The webinar is free of charge, just need to register here🔗: https://hets.org/webinars-in-english/