Community colleges have become key players in the effort to train a highly skilled and diverse workforce in STEM fields. Organizations such as the National Science Foundation (NFS), have acknowledged the importance of the two-year sector by awarding millions of dollars to community colleges to fund scholarships in STEM areas, especially for underrepresented students. In addition, the NFS plans to give $100 million to Hispanic-Serving Institutions (HSIs) for Stem and Articulation Grants to support transfer between two- and four- year colleges and to enhance STEM education at these institutions.

The National Academies, the collective organization that includes the National Academies of Science and Engineering, the Institute of Medicine and the National Research Council, also focused on community colleges by sponsoring a summit last December in Washington D.C., titled “Community Colleges in the Evolving STEM Education Landscape.” The event featured speakers from several government agencies who discussed how community colleges can broaden their STEM programs and minority participation in those fields of study.

“There are many new opportunities for community colleges to advance STEM education and to form strategic cross institutional partnerships with four-year schools,” said Jay Labov, senior advisor for education and communication for the National Academy of Sciences and the National Research Council, who was one of the organizers of the summit.

“We in this country need to encourage our young people to pursue STEM careers,” Secretary Solis said, calling these jobs vital to economic growth and moving the country forward.

There are several reasons why community colleges are seen as an increasingly viable pathway for educating a STEM workforce.  The two-year sector has always been noted for its flexibility in developing curricula based on the needs of employers and it is doing so now with dozens of new science, health and technology programs.

But experts say community colleges also might be a partial antidote to the high attrition rate of STEM students. Studies show that almost 40 percent of STEM students switch majors after the first year because of the rigorous curriculum which often includes a concentration of math and science courses. As one analyst said, “The STEM grind wears down even the brightest students.”  These courses can be more daunting when first-year science classes at universities are large lectures, sometimes with as many as 400 students, where individuals must “sink or swim” on their own.

In contrast, community college classes are smaller, often limited to 25 – 40 students. This gives students more opportunity to interact with professors, participate in “hands on” lab projects, and receive support at tutoring centers. The ability to engage STEM students early in their studies helps maintain interest and could lead to increased retention by overcoming “the fear factor” associated with these fields of study. In addition, the diverse student body at most community colleges is viewed as a more welcoming environment to minorities and older students who might seek STEM careers.

At large and small community colleges across the nation, programs funded by grants   that will serve as the new pipeline for Hispanics and underserved students to access STEM careers are in place or underway.

Last year when 10 graduates of the Community College of Allegheny County’s (CCAC)  Biotechnology Workforce Collaborative in Pittsburgh walked across the stage to get their degrees, it was the culmination of an initiative that began in 2009 with a grant of $598,000 from the National Science Foundation.  The grant was designed to support the expansion of an education and career development program that offers local disadvantaged women and veterans the chance to develop occupational skills in the biotechnology and health sciences fields.

The college currently enrolls several cohorts of students in the program and expects eight more graduates this spring.

“The students are at various points in their studies, but all look to the day when they can graduate and begin a rewarding career in biotechnology,” said Christine Compliment, student support coordinator for the program. “For many, this has been their only chance to get an education that will allow them to become self-sufficient and earn a living wage for their families.”

In addition to CCAC, the collaborative also includes Allegheny General Hospital (AGH), the Allegheny Singer Research Institute (ASRI), the Pittsburgh Tissue Engineering Initiative (PTEI) and the North Side Leadership Conference. Its goal is to widen the spectrum of available skilled healthcare and biotechnology workers in the region.

The program was originally funded by, and continues to receive money from, private sources in Pittsburgh. The National Science Foundation (NSF) grant has been used to fund scholarships that cover tuition, fees, books and supplies.

But the program goes beyond scholarships and includes support for students who come from disadvantaged backgrounds. It offers a six-week bridge program to prepare students for coursework, followed by a two-semester learning community in which students create study groups and build friendships with fellow students, faculty and staff.  In addition, each student works with a mentor through internships in the labs of biotech companies. CCAC also provides job placement assistance as students prepare to graduate.

.           Compliment says the learning community concept has been a key element in helping the students stay engaged and focused.

“The learning community model builds cohesion among the group,” she said. “Their support of each other has been very important in retention.”

College officials say some graduates have gone on to full-time employment, allowing them to leave the public assistance system or a minimum wage job. Others have enrolled in bachelor’s degree programs, continuing their education toward science or health careers. In general, these students have stories that reflect hard work, perseverance and a desire to overcome obstacles when they occur.

Liz (who does not want to use her last name), is typical of the students who are benefitting from the program. She is a 30- year- old Hispanic woman, a single mom to a son, age 7. Liz was born and raised in New York, but attended high school in the Dominican Republic. She was looking for a fresh start when she moved to Pittsburgh and enrolled in the biotech program in fall 2011. Although she still works at night to support herself and her son, she has earned a 3.25 grade average.

As Compliment explains, Liz is motivated by several factors.

“She looks forward to her own career in research,” said Compliment. “But she also is very committed to connecting with and helping other Hispanic women in Pittsburgh, especially those who find themselves newly single and needing to support a family alone.”

Mesalands Community College in New Mexico hopes to have a similar success as it undertakes projects to increase its STEM opportunities for Hispanic and low-income students.  Mesalands was one of eight institutions in the state to receive funding under the U. S. Department of Education – Hispanic Serving Institution’s Science, Technology, Engineering and Mathematics (STEM) program. It was awarded $777,154 for the first year of a five-year period which will bring the total funding to $3.8 million.

College officials say the region has been impacted by economic distress common to many rural areas, as is evident by the high rates of poverty and unemployment, and low rates of high school graduation and postsecondary educational attainment.

The funds will be used in a variety of ways including adding more computer and science labs, more support staff, more scholarships for students, and enhanced multimedia support in the classroom. The college offers degrees in STEM- related areas such as wind energy technology, animal science, mathematics, and other physical science disciplines.

“Our goal is to assist our students in successfully completing an associate’s degree in a related STEM program and to encourage them to further their education at a four-year university,” said Dr. Mildred Lovato, president of Mesalands. “Overall, this grant will impact not only economic development in our region but throughout the entire state.”

Hillsborough Community College (HCC) in Florida received a $4.3 million grant to increase the number of science, technology and mathematics courses and to improve its success rates in gateway STEM courses. The funds are being used to renovate STEM classrooms and labs at HCC’s Dale Mabry campus. Plans also call for expansion of STEM support services with the ultimate goal of increasing the degree completion rates of Hispanic and at-risk students. The college’s “Learning Commons” which houses the tutoring area, also is slated for infrastructure improvements.

Like many community colleges, Hillsborough already has a number of STEM academic programs which will benefit from upgrades and enhancements. HCC student Emilio Sanchez, who is enrolled in engineering technology, recently appeared in a video spot sponsored by The American Association of Community Colleges and the National Science Foundation to highlight the role community colleges are playing in STEM education and careers.

Sanchez has served in the Coast Guard for 11 years and is preparing for a career when he leaves the military. He recalls that his interest in engineering was sparked when he played with Legos as a kid. Sanchez clearly loves the challenge of his classes and the projects that a part of course assignments.

“I look at engineering as a puzzle,” he said. “It is always dealing with something that needs to be put together or taken apart and then put back together.”

The video shows Sanchez in a well-equipped lab working on models and being supervised closely by his professor. Sanchez explains enthusiastically that he hopes to have a career in research and development.

“Problem-solving never gets tedious to me,” he said. “It’s fun.”

It is an attitude such as Sanchez’s that officials hope will inspire others to follow similar paths. At Anne Arundel Community College in Maryland, a $598,000 grant from the National Science Foundation has been awarded to support the college’s Engineering Scholars Program: Increasing Access and Diversity (ESP Scholars). This program will provide scholarships of up to $4,000 each year to financially needy, academically talented students to help them graduate from AACC engineering programs, transfer to a four-year institution and enter the workforce. About 50 percent of participants will come from populations underrepresented in STEM fields, such as including women, African- Americans, Hispanics, and Native Americans.

“We are all very excited,” said Dr. Alycia Marshall, associate professor of mathematics, who will oversee the program. “I hope it’s going to help people who want to come to Anne Arundel Community College, who are gifted and have the raw material there. We want to be able to provide the support system to help them be successful and get them into a four-year college and then into the workforce.”

The college will market the scholarship program throughout the county including public and private high schools. They will also recruit from the college’s minority summer bridge program and new student orientation sessions. ESP scholars will have special academic support as well as workforce placement services and/or transfer advisement to four -year engineering degree programs.

“We’re going to help more and more students succeed in completing their programs,” said Marshall. “We’re increasing the number of graduates who will continue in the engineering field, which will benefit the community as well.”

At the same time, Anne Arundel is working with its National STEM Consortium partners to   develop one-year certificate programs in five industries: composite materials technology, cyber technology, electric vehicle technology, environmental technology and mechatronics, a multidisciplinary field of engineering ranging from electronic engineering to computer and software engineering. The first group of students is projected to begin training in September 2012, with each new certificate designed to take nine to 12 months to complete. 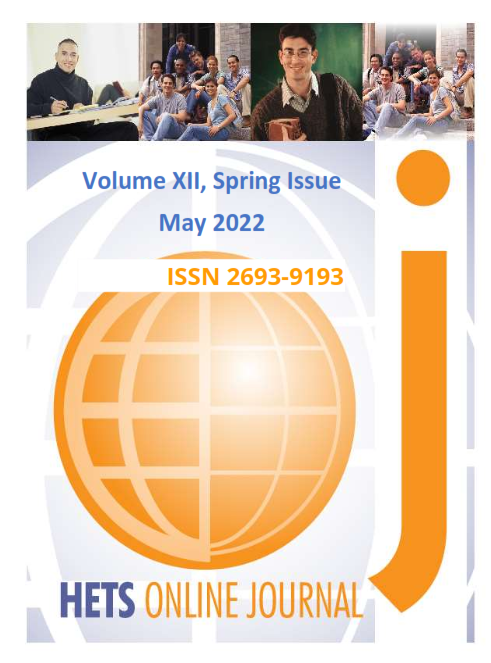